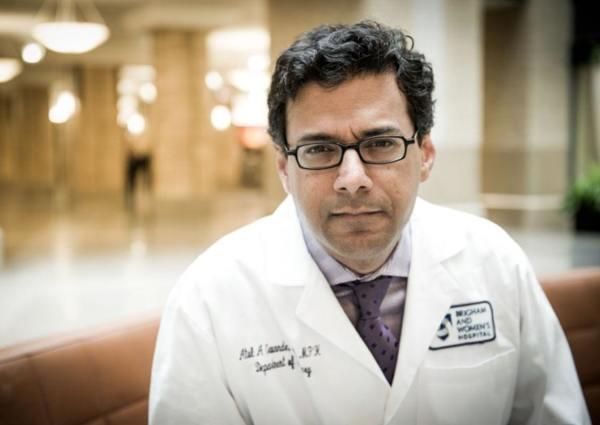 Hope for Atul Gawande and Doctors Across America

In a recent New Yorker article entitled, “Why Doctors Hate Their Computers”, popular author and surgeon Dr. Atul Gawande skillfully explores the pain caused by the electronic health record (EHR) system at his hospital system in Massachusetts. Sadly, he concludes the piece with a vague exhortation that we must “insure that people always have the ability to turn away from their screens and see each other,” while offering no tangible solution to the long hours, lost patient connections, and burnout that he observes around him. Fortunately, proven solutions exist and they’re right under his nose.

In his typical, accessible style, Gawande explains how “a system that promised to increase my mastery over my work has, instead, increased my work’s mastery over me.” Finding records and adding new information to the EHR has consumed more and more time and attention, resulting in significant take-home work and frustration by doctors. Meanwhile, patients and physicians alike are frustrated that the personal connection has been lost as eye contact is replaced by staring at the computer screen. It’s a familiar refrain by doctors all across the country as burnout approaches epidemic levels.

In an effort to unshackle providers from the EHR, some have hired scribes to document the patient exam. Gawande describes the approach exquisitely, saying “This fix is, admittedly, a little ridiculous. We replaced paper with computers because paper was inefficient. Now computers have become inefficient, so we’re hiring more humans.”  The problem, of course, is that scribes don’t fundamentally change the equation for the provider; they’re basically just a very expensive voice recognition software that’s “installed” on the the computer through the keyboard.

As a doctor himself, it’s not completely surprising that Gawande only speaks in terms of individuals rather than teams. Even as he interviews doctors, patients, office managers, hospital administrators, and even a virtual scribe/MD in India, Gawande fails to connect with any of the thousands of nurses and medical assistants (MAs) that work in the same exam rooms as the doctors at his hospital. All too often these colleagues are overlooked by the doctors they serve. Nevertheless, the path to restoring the joy of the doctor-patient relationship, to a healthy work-life balance, and to overall career satisfaction is to engage with these nurses and MAs, to invest in them, and to begin to work as a true exam room team. This is the critical answer in plain sight.

Change isn’t easy. Providers must be persuaded to delegate many tasks and to re-conceptualize themselves as team leaders, rather than solo performers. In order to practice up to the limit of their license, MAs need thoughtful coaching and equipping. Only then can they take on new functions, like independently collecting patient data and then presenting the patient’s case to the provider (in the presence of the patient), much like a med student on rotation. Implementing a comprehensive exam room workflow that includes steps like these (e.g. the Team Care Medicine (TCM) Model) is attainable with the guidance of an experienced implementation consulting partner. That’s the real hope for Gawande and doctors across the nation.